All Collections
Creating and running an Experience FAQs
Script
Why is there a warning symbol on my Missions tab and Script?

Why is there a warning symbol on my Missions tab and Script?

Written by Goosechase Team
Updated over a week ago

The exclamation warning symbol indicates that there's something not quite right with your Missions. This is usually due to an automation added incorrectly or the start/end time not aligning properly. 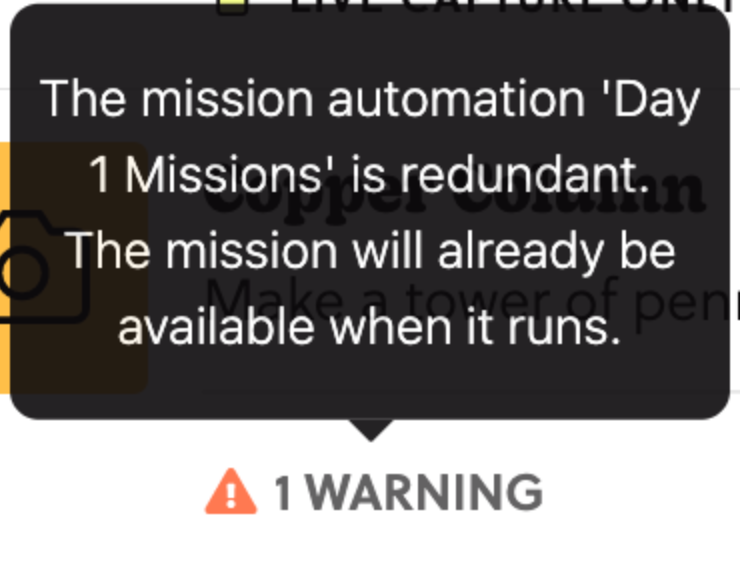 This means that you have Missions that are set to be available when the Experience begins, but those same Missions are part of an automation to be released at a later time. ﻿﻿

This is often caused by clicking ‘No, thanks’ when asked to convert the Mission to Hidden after creating the automation. 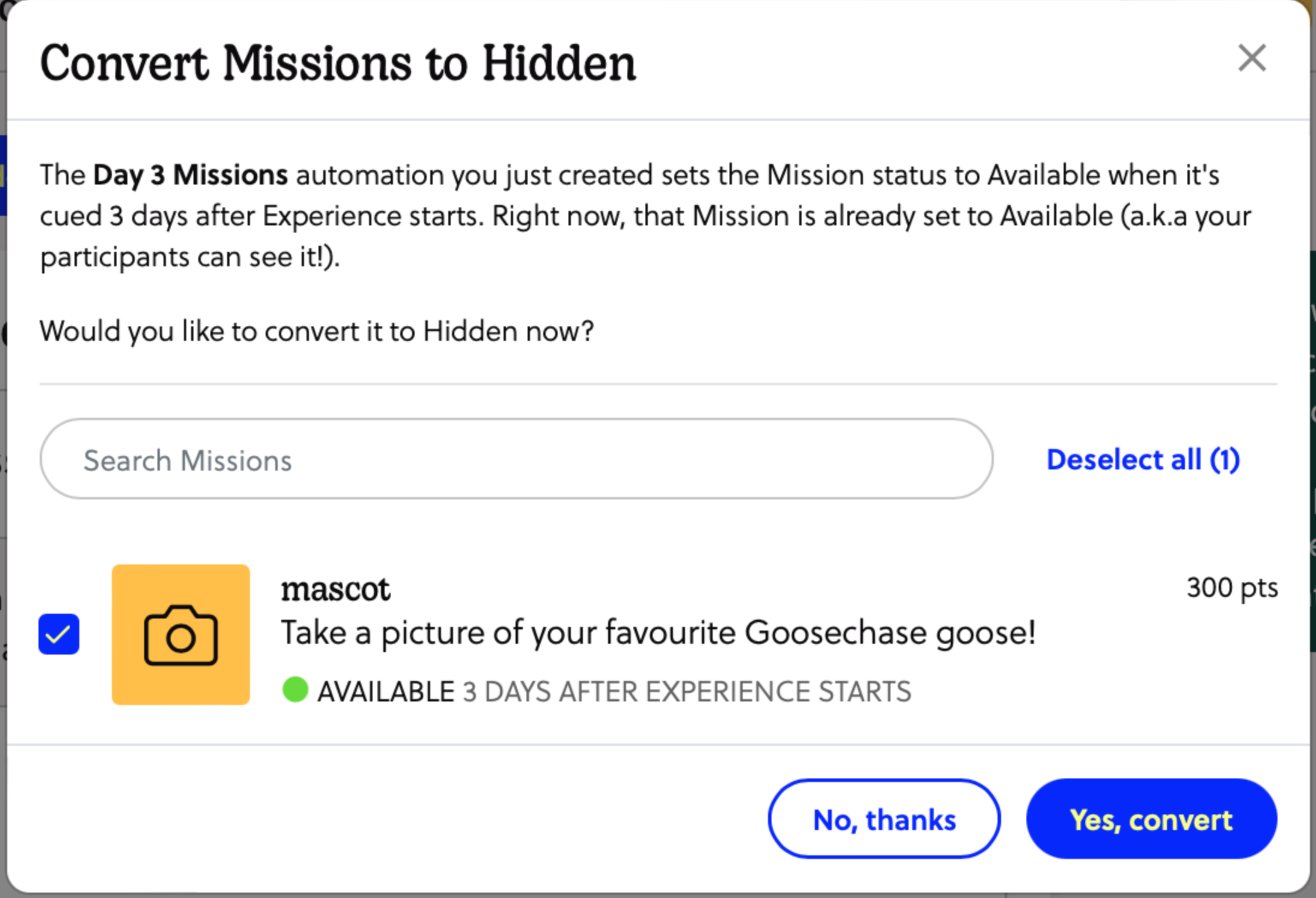 You can fix this by changing the status of the Mission from Available to Hidden. This will hide the Mission until it is released at the scheduled time of the automation.

Change a Mission from Available to Hidden:

1 . Select edit on the Mission with the warning. 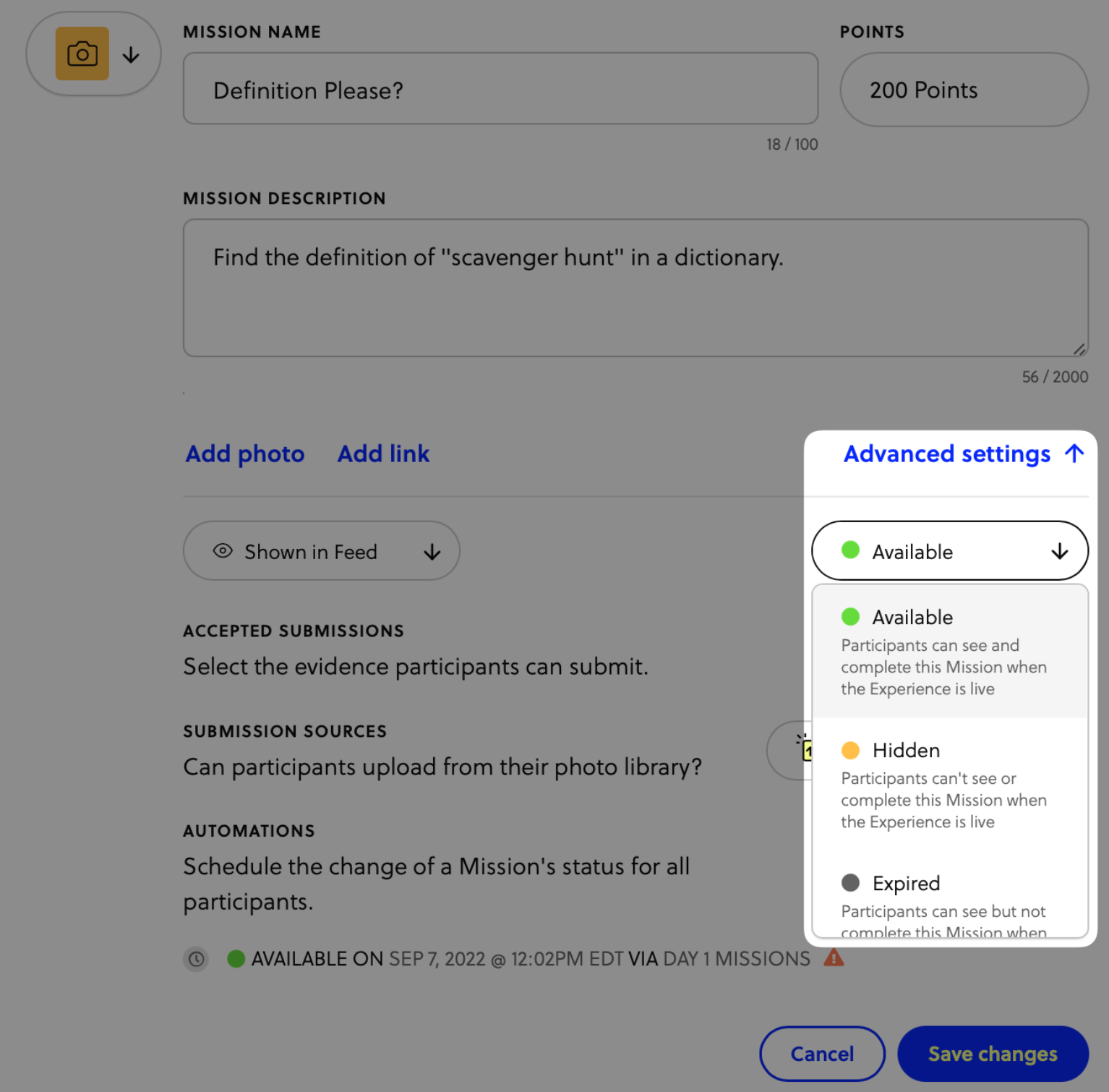 3. Change the Mission from Available to Hidden in the drop-down menu on the right-hand side.

You may also see warnings that your Missions are scheduled before or after your start/end time. You may see these warning symbols on the Missions, or on your Script automations.

”The Mission automation [automation name] is set to occur before the Experience starts.” 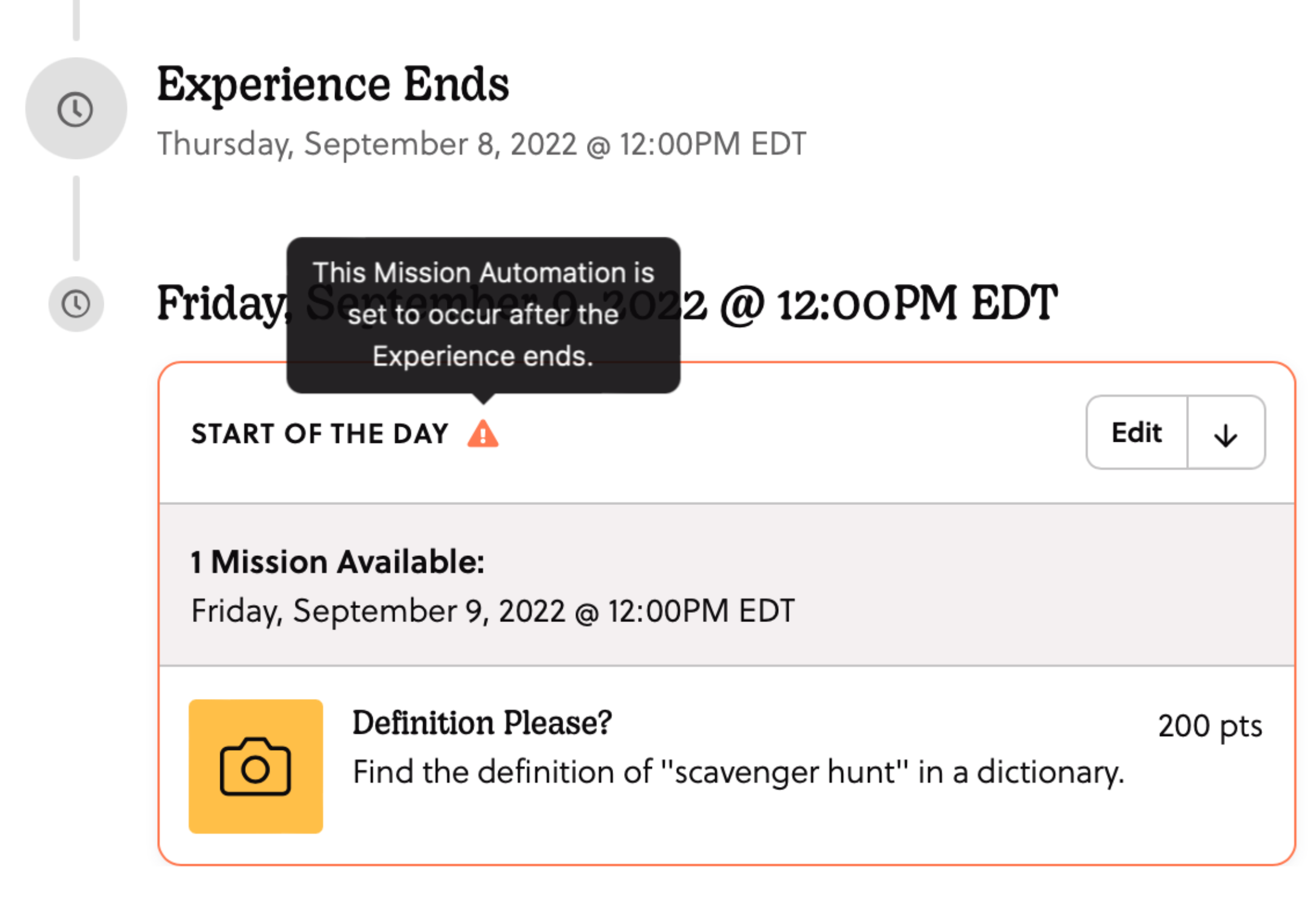 To fix this, either change the start/ end time of your experience, or change the release time of the automation to be within your start and end time.

Did this answer your question?